New Product Line
GET A QUOTE!

From crafting custom potting compounds for unique RF sensor systems to finding adhesive solutions crucial for air filtration system manufacturing, the technicians at Epic Resins have satisfied thousands of unique product orders over the years. Our polyurethane and epoxy compounds have seen integral use in several major product lines.

Companies from China, to London and back to the US have developed top-quality components and products with the help of our potting materials, encapsulation compounds and industrial-strength adhesives. Take a look at a small sample of our success stories below.

Referred by a satisfied Epic Resins customer, a US manufacturer of LED arrays came to Epic Resins in need of a potting compound to encapsulate the LED circuitry of their new LED display product line. 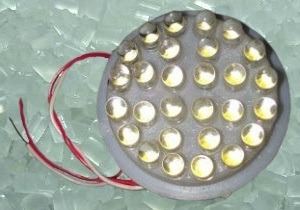 To get US manufactured encapsulating resins for your LED lighting products, contact Epic Resins for a quote.